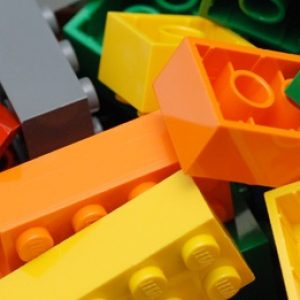 Lego has just become the first manufacturer of toys in the world, at least in economic terms.

The latest financial results of the company have been very positive, thanks to the success of the film starring his puppets and song of the same, Everything is Awesome. The firm has not only beaten Mattel profit (that already had gotten before) but has also managed to match the figures in revenue. Something nothing strange to be treated as a cult brand recognized worldwide.

And this is even more impressive if you consider that Mattel was ten years ago the queen of the market and Lego was about the financial collapse. The Danish firm had to return almost from the dead, as other brands that have become major economic successes of recent years (see Apple). A decade later, almost dead is beginning to eat the old leader.

In the case of Lego, the secret of success was to design new product lines that conquered consumers and became driving forces of sales, as might be the line dedicated to Star Wars. But the company is convinced that it will not return to where it was, because he has implemented many new metrics that help you avoid the mistakes of the past, as noted in an interview CEO of the firm, Jørgen Vig Knudstorp (which of course begins to be interviewed in plastic format).

They have taken advantage of the pull of the derivative

Not only sells Lego toys, also has a powerful derivative industry that exploits the benefits of their products and – above all – helps prop up the brand image of the firm. One of the main supporters have been Lego theme parks that has been created over the years. There are six parks worldwide (one, of course, in the Danish town where it is based) that meet all the ideas associated with the brand: they are for the whole family, fun healthy and have some educational will.

But it has not only created amusement parks, it has also launched a film. The film has been one of the main driving forces of their accounts earlier this year and, despite the controversy that generated some US conservative media ( charged directly to the history of being advocacy of communism, which in Europe is quite indifferent but in the US is almost anathema), it led flood of children to theaters to see it.

They are also terribly demanding when to involve their mark on something. All its partners, for making Lego products with their characteristics, are subjected to a tough test (maybe that’s why the latest controversy with Greenpeace for their products is even more surprising Shell) not to wear the Lego brand.

Lego is a brand with history

Lego is one of the usual lists of lovemarks. Its products are loved and are considered unique. It’s not a brand more toys, is a brand with some history behind (both in terms of creating a myth about Lego and at the level of real history). The story of Lego dates back to the 30s, when an ambitious carpenter started making games with wooden blocks. Years later he changed by the plastic timber, but its blocks remained popular, and added a few years later anthropomorphic figures that everyone identifies with the brand. The company has also been practically all the time in the hands of the founding family, from parents to children. The last CEO is the first that has come out.

Since then they have enhanced the quality (quality control of its parts is exhaustive) and confirmed with a toy that helps educate children on creativity. The first players, parents and grandparents today, spent the game to their offspring, which makes the brand is still something more associated with history and especially to tradition, and played with them (again) when he plays.

In fact, an important part of Lego’s sales are not aimed at children market. Adult collectors are many and Lego has achieved among them that certain condition of religion that only the most loved brands achieved. For one example: one of the press packs a presentation Lego came to be sold on auction sites for more than $ 3,000 for the dolls included.

The ads are part of its charm

Lego has also made their ads are small works of art that play with the products they sell and challenge not only to its main customers (children) but also their parents. There is, for example, the campaign with which launched the Star Wars series inspired.

His minimalist campaigns play with the possibilities of their products and make winks to consumers of all ages.

One of the things that Lego started doing – and much – when he tried to return from the dead was listening to consumers of their brand. The current CEO, for example, was a consultant who made an analysis on why Lego was failing a decade ago.

Your customer service has become occasionally in their responses to viral for consumers, like the child who lost a Lego figurine and gave him another. But not only that: they are also very active in social networks and take advantage of the latest benefits of the network. The video channel on YouTube Lego is one of the most popular of all brands in the world and the company, but is focused on the physical, do not forget digital. As explained by its CEO, have not forgotten, they’re always investigating and view it as an opportunity.

They are incredibly innovative

They have always been very innovative, but innovation make them pay a high price a few years ago. In the new industrial organization they became more efficient and organized but not decided to stop innovating. Your brand values are being creative, fun and different, so be on the list of the most innovative companies in the world is practically an obligation for them.

Lego offices are not only a striking space but a place to work differently. This photo of Fast Company demonstrated: Lego employees are sitting on the floor playing, as any child, and, above all, really testing the product before it reaches consumers. Workspaces encourage innovation, enhance creativity , and are ambassadors of these brand values.