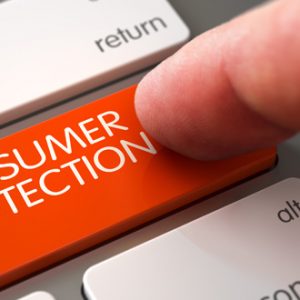 It seems that yes, 2018 is the year in which we must learn to evangelize our clients, who are increasingly demanding and keep us in constant process of reinvention and learning.

It seems clear also that if we talk about emotions, impulses, sensations, perceptions, stimuli, responses, etc. … we are mentioning intangible aspects associated with our “human” rather than cultural condition.

It is evident that from the union and interaction, the changes are derived. The consumer takes advantage of the inertia of the group and feels stronger to complain about poor service. If we travel in the cycle of real time, so must the response, immediate and efficient. Complaints today are settled in the social environment.

But … what are the most common communication channels used by clients to file a complaint?

We do not say anything new if we count that Facebook and Twitter lead the ranking. It is evident that the number of users that interact on both platforms affects the statistics, but there are also psychological and social reasons that should be analyzed, from which relevant information can be obtained to identify early the focal points of tension that can turn into crisis .

Everyone has Facebook The current consumer has no qualms about expressing a favorable opinion or not on the wall of any company page. The database of “recommendations” in which Facebook has been transformed is the nerve center of the new model.

And the information, that which we need and consume quickly and simultaneous action with our daily life, travels unlimitedly on Twitter as an inexhaustible source of knowledge. The social effect is universal, horizontal and transversal, consumers complain in the networks because they know that this way, they will get answers.

However, although it is a common mistake to be blinded by the brightness of social media, e-mail is still the means most used by consumers to communicate with their brands and express a complaint.

The consumer uses email as a channel of private and direct communication with the brand. Only when brands ignore the discomfort of their customers, is that crises in social networks are transformed into uncontrollable fires that can end our reputation.

Regardless of the generational gaps that are observed between the younger 100% digital generations and the generations that have made the leap from the analog world, in relation to the channels and forms used to express a complaint, the truth is that the customer today look for a social response.

This new paradigm shift also requires the responsibility of consumers in this process, which, as we know, is directly proportional to the power they exercise, that is to say; total.

It is necessary to reach a balance between the exaltation of power and the granting of a respite and a margin of action for brands. Applying common sense is more necessary than ever if we seek to shape a social universe.

The social channels, Facebook and Twitter, have become the platforms most chosen by customers to express their complaints, this allows brands to identify weaknesses and also, must grant them the necessary margins of action directed towards a positive end, transforming a complaint , at the point of departure for a long-term relationship.