Home / Business Ideas / The Investment of the advertising market experienced a decrease of -14.9% 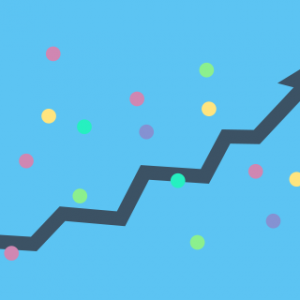 According to the data of the Infoadex study, the Estimated Real Investment of the advertising market reached in 2009 a figure of 12,699.4 million euros, which represents a decrease of -14.9% on the 14,915.7 million euros registered in the year previous.

The real investment estimated in Conventional Media reached 5,621.3 million euros during 2009, a figure that represents a decrease of -20.9% with respect to that registered in the previous year. For the second year in a row, all media have fallen in their turnover, with the exception of the Internet, whose investment grows.

Television continues to be the first medium by volume of business, reaching 42.1% of the total number of Conventional Media. The decrease in business volume recorded by this means in 2009 was -23.2%, reaching 2,368.2 million euros compared to 3,082.4 million the previous year. In this edition of the study, TV channels are presented in a differentiated way to national and regional television channels and broadcasts (including both analogue and digital broadcasts) on the one hand and are included in another separate section, under the name of other generalist DTTs, to the rest of open digital broadcasting chains, on the other hand the thematic payment channels are grouped and, finally, in a last section, the data of the local televisions is collected.

The Internet, which now occupies the third position by volume of investment in all conventional media, is the only one that has had a positive growth rate in 2009.

Overall, the Internet has had a year-on-year growth of 7.2%, reaching a volume of advertising investment of 654.1 million euros compared to 610.0 million in 2008. The percentage that the Internet represents over the total of the investment in 2009 in the chapter on Conventional Media is 11.6%.

The weight average Magazines has on total Conventional Media is thus situated at 7.1%.

Follows, in order of volume number, the external environment, receiving in 2009 an investment of 401.4 million euros, while in the previous year this investment was 518.3 million, which puts the decrease in the average in -22.6%. Exterior accounts for 7.1% of the volume of advertising investment directed to Conventional Media.

The investment in Dominicales, which represents 1.2% of the percentage distribution by means, was 68.9 million euros in the year. The year-on-year decrease recorded for this medium was -33.7%. The Cinema medium is the one that has a lower absolute figure within the Conventional Media and represents 0.3% of the 5,621.3 million euros that these have added in 2009. The Cine medium has experienced a fall in investment in the year of -26.5%, going from 21.0 million in 2008 to 15.4 million in 2009.

Under the generic name Media Unconventional whole advertising media that usually also appear framed under the English expression “below the line” they are collected.

It should again be noted that this study deals with the advertising investment that is carried out in the different media, an approach that is different from what is also possible to classify the advertising activity by the different communication techniques or strategies that can be used. To avoid interpretations that may be misleading, this starting point should not be abstracted when analyzing the results and drawing possible conclusions.

Another point that should be emphasized in terms of the study is that within the classification of Non-Conventional Media is divided into the Direct Marketing investment in two clearly differentiated headings: Personalized Mailing and Buzzling / Brochures.

We must also take into account the inclusion in this section, as it was done in last year’s edition, of Mobile Marketing (excluding the investment in Mobile Internet, whose amount is included in the Internet section of conventional media)