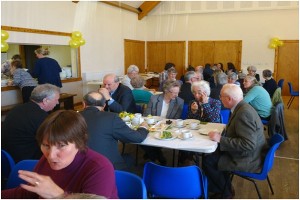 There are many changes in store for the UK catering industry in 2016 as the national living wage comes into effect. There could even be the risk of legal action against companies that do not prepare for the new wage structure. The hospitality industry is one of the most at-risk industries because of the high number of lower-paid workers it employs, who must all receive 50p extra per hour under the new laws.

People over the age of 25 will earn a minimum of £7.20 per hour from 2016, but fewer than half of all businesses have updated their payroll. Only a small number of companies have discussed the coming changes with staff, with many people unaware of the new rules coming into effect in January. This could be a nice surprise for some but a worry for many employers.

Pubs and Restaurants in Danger

There are many factors to consider in relation to the new national living wage, as explained here by the government’s official policy paper: https://www.gov.uk/government/publications/national-living-wage-nlw/national-living-wage-nlw. The pub and restaurant sector is concerned about the changes, with it highly likely that staff will be made redundant and some pubs may even have to close. It may also be that diners will end up having to pay more for their meals as restaurants raise menu prices to cover the costs of a higher wage bill.

Catering companies will be looking to save money in other areas to offset any losses, so will be looking to spend less when purchasing items necessary to their kitchen, such as a commercial fridge and freezer. Thankfully, there are many good-value stores and equipment specialists, such as FFD Ltd, who will be able to offer prices to suit all types of catering establishments, restaurants and pubs.

Of course, there are many positive aspects to the national living wage, and employers are expecting staff to be more loyal due to the salary hike. However, the other side of the coin might suggest that staff could be keener to leave an employer, as they can find another paying the same wage more easily. There will clearly be positives and negatives to the new living wage, with the positive side of having better-paid workers being the most important effect of the change.