Home / Reviews / The most notorious “plagiarism” 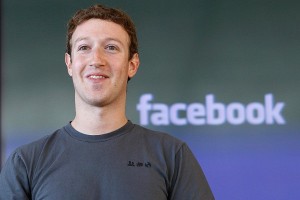 One of the keys to the success of your idea is to protect the same; so you can see the importance of protecting intellectual property we show trivia about some businesses who achieved great business success thanks to “borrow” some projects outside your organization masterminds.

There is the idea that some of the great modern empires constructed from plagiarism. Here we have some of the curious allegations of plagiarism became big business.

For McDonald’s is the most famous. History tells us that in 1940, Richard and Maurice McDonald brothers created the first American barbecue restaurant in California and at the time, found that what most were sold burgers and decided to create a menu and create a system of fast food.

It was such a success that many entrepreneurs became interested in the company and in 1952 sold its first franchise in Phoenix. Back in 1954, Ray Kroc a salesman shakes it was surprised by the magnitude of business visited the brothers and proposed to open more stores, but they refused Kroc suggested they do it for them and opened the first restaurant with the legendary M Dolara in Chicago. In 1961, he bought the rights to McDonald’s for $2.7 million and began the great international empire that we know today “inspired” the idea of the McDonald brothers.

Another interesting case is that of Facebook. The most influential social network of today, which may be stolen or so, they say three graduates of Harvard.

We cannot know to what extent they had versions are true but we do know that in 2008, prosecutors had a number of benefits. Saverin got five percent of the shares in the social network, while the Winklevoss brothers, received compensation of 50 million dollars from the company.

The last of the cases we will show, and one of the most controversial is that Microsoft and Apple. The two largest companies in the global computer have long been fighting a fierce competition. Often owners have accused each other of plagiarism of ideas and this could be true.

It is speculated that Microsoft could have copied several details of the operating system Mac OS X; including the taskbar, the list of menus, preview files … and some others of the “coincidences” that we see in our computers today.

But he also believes that Apple took some “borrowed” from Windows how the search bar, the buttons to return to the previous page, the Alt + Tab feature and some more.

Although reality may be that, both companies have chosen to take profits together to create quality operating systems.

Seeing these examples of large companies that have “problems” with the protection of their ideas surely you plan that your project deserves to be careful with decorum and certainly, spend time protect is as important as developing it.