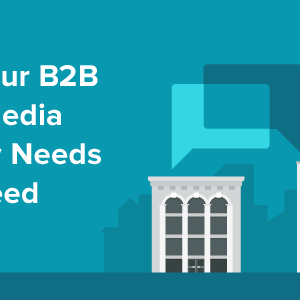 The effectiveness of social networks is constantly questioned. The ease with which you can measure everything in online marketing is not 100% applicable to Social Media. One of the main reasons is its character, obviously social, and transverse behavior between online and offline media by users.

However, there are other companies that have been able to quantitatively evaluate the outcome of their actions on social media, and whose experience we can draw interesting conclusions:

Such is the case of Coffee Goroundz, who managed to increase its sales by 25% thanks to Twitter. The process was very simple, the company used this social platform as a direct channel to order customers. It is a way to provide direct and effective contact with the company, a tool available to everyone.

It is an economical alternative to conventional advertising. Vitabiotics opted for a strategy of Social Media in order to open new markets and reach new customers. His actions allowed him to build a community of 13,000 people and increase their database 95%. These benefits still become more important if we consider that its strategy brand managed to save $ 100,000.

Jimmy Choo also opted for Twitter and got the winning option. In this case he used the geolocation to reach Twitter users who were in the vicinity of its exclusive shops. The result was the increase in brand awareness through social Twitter mentions and positive comments about the brand. They got the target audience speak well of the brand through social networks do you can get better influencers?

Celebrate the day of gratitude Toblerone . This brand of chocolates wanted to position the brand in the Philippines as synonymous with gratitude, and succeeded by establishing the National Thank You Day. A nice initiative which garnered 500,000 entries and an impact for the brand that earned him the 132% increase in sales.

A Steaz also found it difficult to double sales of its flagship product, the organic tea. To spread it among your target audience he used a strategy Cuponing, which allowed users to download and share this promotion. In total, 250,000 coupons, reaching 2830 tuits registrares downloaded in one hour.

AJ Bombers turned to social networks to promote engagement with its customers, an activity that reported 60% increase in sales week after week.To encourage consumption was also made use of Foursquare, creating a specific promotion that allowed him to sell 110%.

Joi de Vivre managed to increase occupancy of 1,000 luxury hotel rooms in California with a special offer for Tuesdays. For this he turned to his more of 10.000 followers on Twitter and 5,000 Facebook.

Blendtec demonstrated the ability of their robots kitchen creating the most creative videos in which your product was the main protagonist. His power and quality was observed with its demonstrations with extreme hardness ingredients, such as golf balls or iPad. On this occasion , YouTube and Twitter were selected to disseminate this content, which soon spread platforms. An activity which resulted in 14 million copies and 700% increase in sales.

The world of pastry has also shown signs of knowing harness the potential of social networks. Such is the case of Foiled Cupcakes , whose customer base comes almost exclusively from Social Media (97%). All thanks to their activity on Twitter and Facebook.

Finally we highlight the case of Wispa, Cadbury chocolate bars from the factory, where were the fans themselves who called for a return to market this product. The company decided to sell 40 million chocolate bars, which sold out in 18 weeks, at a rate of 4 per second. This is a great example of the need to listen to customers and the importance of attending to their requests.

What other success stories in social networks know?