Home / Business Ideas / Have you changed the way we buy mobile? 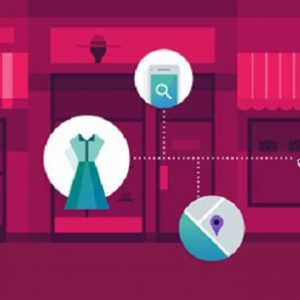 The mobile phone has changed the way we buy. A present device for virtually all day, allowing them to be permanently connected, and internet access anytime, anywhere.

So says 60% of consumers who have taken part in the Digital Impact Survey, developed by Stanford University and the Institute Apigee.

The survey focuses on the behavior of buyers against the imminent Christmas season. The results show the important role of mobile applications to buy. Specifically, 45% of smartphone owners said that using daily or weekly, while another 18% indicates that uses every month, and another 37% less than once a month.

It is estimated that these consumers will spend about 20 billion dollars on their mobile shopping this Christmas. Of these, 8 billion through apps recorded. These are not yet fully exploited. 74% of smartphone owners said they would be more tax to use certain features of your app; it is a way to improve your shopping experience. Some advantages that 90% of respondents expected within approximately two years.

The study also highlights the influence of apps to attract new customers.17% of survey participants said they began buying in a store, thanks to its mobile application. These applications have a high potential to foster customer loyalty, and develop strategies customized sales-oriented conversion.

MCommerce is an increasingly widespread practice. 20% of respondents plans to buy more with your device next year. According to the study conducted by ICF and eBay Enterprise, in the last 6 months, the percentage of consumers who made a purchase with your mobile phone increased from 59% to 70%.

This holiday season bodes well for mCommerce, as long as retailers provide the way to take clients to conversion. IBM estimates that for the first time this year, mobile devices recorded more than half of the visits of the online stores on Thanksgiving, which means a significant increase from 39.7% the previous year. In addition, 48.2% of all searches online products are made through these terminals, which mean at least double that in 2015.