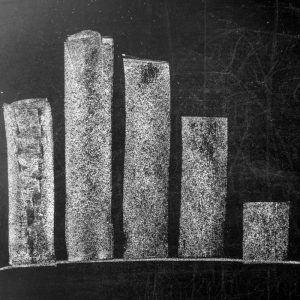 The forecast of advertising investment is 471 billion dollars for this year, coinciding with the investment in 2008.

The latest forecast of ZenithOptimedia in terms of global advertising growth stands at 4.1% for 2011, just 0.1 below the latest estimate in April; 471 billion dollars, figures for 2008 just before entering into crisis. The advertising market continues to recover from the recession of 2009, but this growth has slowed down this year due to economic pressures, natural disasters and political unrest. A more robust growth is foreseen for 2012 and 2013.

We have made small adjustments to the downside in North America, Western Europe, Eastern and Central and Latin America. Such a high price of crude oil has directly affected the consumer and corporate investment, as well as public debt in the European zone, especially Greece, causing a lack of confidence in terms of economic stability at the global level and in the Eurozone in particular. The new growth forecast in North America is 2.3% for this year and 3.3% for Western Europe; These figures are slightly lower – 0.3 and 0.2 percentage points – with respect to the latest forecast. The new figures for Central and Eastern Europe as well as for Latin America fall 1 and 1.2 percentage points respectively, even so, these regions are expected to grow at a much faster pace than North America or Western Europe. We forecast 9% growth in Central and Eastern Europe and 6.7% for Latin America, both figures for 2011.

These new adjustments are balanced with the increases for Asia Pacific, where we now estimate a growth of 5.9%, higher than the 4.6% we gave in the April forecast. This increase is mainly due to the fact that the effects of the Japanese earthquake have not been as negative as initially thought: the new forecast for Japan is a drop of 2.4% for this year, a figure far from the 4% drop that it was anticipated in the last report. We have also increased the forecasts in the rest of the regions from 10.5% to 11.4%, mainly due to the effect of China – from 11.7% to a growth of 13.4% – and Malaysia – from 10% to 12.3%.

The big change in this new forecast is for the Middle East and North Africa where we now expect a 12% drop for 2011 when in the last forecast we gave an increase of 0.1%. The turmoil and political turmoil has gone further and advertisers continue to withdraw in the 3 main markets that have been involved in this political turmoil (Bahrain, Egypt and Oman) as well as pan-regional campaigns. Instead we give a forecast of 8.9% growth for 2012, always assuming that the political situation stabilizes. The effects of these adjustments at global level are limited since these two regions weigh barely 1% in terms of advertising investment.

The forecast for 2012 is a growth of 5.9% in terms of advertising investment, slightly higher than the 5.8% expected in the April report. The year 2012 will be benefited by the events that are held every 4 years, that is, the Olympics in the United Kingdom, the European Championship in Poland and Ukraine and the presidential elections in the United States. The forecast for 2013 is also slightly higher than the last data offered in April, going from a growth of 5.5% to 5.6%.

Developing markets continue to grow at a much faster rate than those already established. Thus, we believe that North America will grow at the rate of 3.1% per year between 2010 and 2013 and Western Europe at 3.4%. We expect Japan to grow 0.9% annually after a big drop in 2011 followed by a recovery for the next two years; and we foresee an annual growth of 0.1% for Eastern Europe and North Africa following the same pattern. Meanwhile, Latin America will grow at the rate of 8% per year, Central and Eastern Europe at 12.4%, Asia Pacific at 7% and Asia Pacific excluding Japan at 10.7%. Markets in development; that here we define how everyone outside North America, Western Europe and Japan will increase market share from 30.7% in 2010 to 35.1% in 2013.

Internet continues to be the medium with the fastest growth, with an average of 14.2% per year between 2010 and 2013. Display is the segment with the highest growth, with an average of 16.4% per year, mainly due to online video and social media. Streaming video ads are growing excessively fast thanks to the “do it yourself” tools that have allowed local advertisers to enter this market. In most developed markets, social sites are at the top of the list of most popular pages and their closest competitors are very far in terms of time spent per user.

In the United States, the use of social media has increased by 25% in the last year, and right now, it represents 16% of the time spent on the internet and 34% of the impressions on display.

Paid search grows at an average of 14.4% per year, but this growth is somewhat slowed down due to the change in search behavior from PC to mobile, where the cost is somewhat lower. Online classified ads are growing at a somewhat slower pace, 9.1% this effect will remain as long as employment and the real estate market remains so weak in large countries. As a total average, we predict an Internet advertising increase of 31.3 billion dollars, from 63.7 to 95 million dollars from 2010 to 2013.

Television is the second fastest growing medium, 6.2% per year. It is also the one that contributes more in terms of global growth since it represents 49% of the new investment (in dollars) between 2010 and 2013. The share of Television in the advertising market has increased proportionally and does not show momentum: going from 37.3% in 2005 to 40.1% in 2010 with a forecast of 41.4% in 2013. The average viewing time per viewer continues to increase, and although now the channel offer is increasing, the big events are bringing together audiences historical For example, This year the SuperBowl has been seen by 111 million Americans being the most watched SuperBowl in history; It has surpassed the data of the previous year, which was another audience record of 4.2%.

Newspapers and magazines have been falling since 2007, with a brief pause in magazines during 2010 when the investment remained static. The fall is expected to continue during the next period. Magazines are suffering less than newspapers because the experience of reading a magazine on the Internet is more difficult to replicate than reading a newspaper and because the subject of breaking news is not characteristic of magazines and is something that the Internet easily covers in front of the printed newspapers. We believe that investment in magazines will decrease by 0.6% per year while newspapers will decrease by 1.1%. In 2013, newspapers will be fairly in line with the Internet, taking the historic place of newspapers as the second largest medium worldwide.