Home / Business Studies / What benefits millionaires Apple tell us about the power and value of a brand? 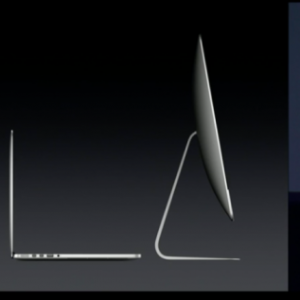 In the list of companies that can always be expected to have good economic results is, without doubt, Apple. Quarter after quarter, the company launches good results, has high sales figures and the media focus on determining what makes Apple the goose that lays golden eggs.

The company has just introduced its latest financial results, which have become the best in their history and have beaten their records in amounts of turnover and profit. Part of the success is due to good sales of the iPhone, which has grown 70% in sales in China and has accumulated very good distribution figures in the world taking advantage of the holiday season (results for the fourth quarter, which includes all the Christmas sales figures). During the period the company sold a whopping 74.5 million iPhones, a figure well above the 70 million expected.

But where the monstrosity of the figure Apple is in the amounts shown. Revenues have been in the 74.600 billion (last year were 57,600) and profit of 18.000 billion dollars, which is not only the highest amount achieved by a listed company in the United States but also a way to increase yet the already impressive accounts Apple.

Cupertino accumulate in cash, as published Reuters, 178,000 million, which would allow them to buy IBM if they wanted or, if they were much more generous, give $ 556 to each of the people in the United States.

The power of the brand

But these figures so impressive is not just a sign that the Cupertino are things very well, but also an example of how important and valuable it is to build a good brand and one with great power as an ambassador.

At the end of the day , the product that is being sold all that Apple has the iPhone (which represents 69% of the revenue earned by the company during the quarter in question), a product that increasingly faces increased competition (some analysts had warned that Apple relied too much on a product that could lose in the increasingly tight competition, although the figures show that at the moment are wrong) and the fund have not made many changes as for each of its versions can be considered revolutionary.

In fact, the terminal has incredibly high prices if their costs are not as important as it might seem. You need only take the case of the iPhone 6 and iPhone 6 Plus, the latest iPhone, the price was well above what Apple had trouble making the terminal.

According to figures from Kelisto, these terminals cost at least 3 times what it cost to produce them. In the US case, the value of manufacturing the iPhone 6 could be estimated at $ 227, while Apple sold it for $ 699, or three times its production cost. If market figures (where Apple does not make prices but brings only changing the name), the smartphone out for 699 dollars are taken, although the price of production was 176.7. In the previous version of the device, the scale was even greater. In the case of the iPhone 5 worth six times more than the cost of making them .

The convening power of the brand and the power of selling it are not only linked to products already on the market. Apple is a common lists of most valuable brands in the world and their releases and predictions often become a bubble care about what will succeed and what not. Of each of its products talking to exhaustion, making everyone is as crazy thinking about it and wanting to do with it, although it often has not even hit the market.

The latest example is its smart watch. The Apple Watch was announced, presented and left in limbo not know when you reach the end consumer, but that has not prevented every week spoke of the device. Presentation of results from Apple have taken their profit figures but also a lot of noise about the device, which is already known that could come in April (before the estimated date was March) and Tim Cook, CEO heir of the company and therefore spiritually Steve Jobs, has said he “loves” and that “you cannot live without it.”

The device will cost $ 300, come in three models and does so in a product category in which there are already many things but none has managed to be the product that everyone loves. And, almost certainly, Apple will take it by assault and get everyone to talk (even more than it has already achieved) of smart watches.

Apple has made its name has already become the best introduction you can have for a launch. His name has been associated with design and quality; thanks to the work of their design teams (who have opted for the unique and differentiated and have achieved an importance that few technology companies give that area) and its relationship with the customer (there is the idea that Apple always solves the problem in your store whatever). That has even managed to forget that, in fact, Apple products are manufactured in the same Chinese factories in which the products of other companies in the tech industry are manufactured.

And are masters of making them talk

But Apple has not only achieved that consumers forget that basically is a technology more, has made their products go one step further. Apple products are part of almost a religion and the signature is a sort of worship. Apple is definitely a lovemark. “Apple is full of mystery, sensuality and intimacy. It is a personal brand, just for me. It is also my friend, my family,” explained Kevin Roberts, the creator of the concept of lovemark in an interview. “When I put on my headphones and I see you down the street with an iPod, I know that you are part of my tribe, who are of mine.”

The power of the brand goes beyond what consumers feel. For the media, Apple is also a brand that goes beyond the others and which ends up having a special relationship. Everything Apple does is news.

How does Apple always talk about it? The Apple strategy with the media is difficult to imitate (in the background there to be someone similar to Apple or get) and analyzed coldly, questionable, although the brand has found it. The events are very limited (no turn them into mass with streaming as do competing), control over the media is overwhelming, as they have been demonstrating different analyzes on the communication strategy of Apple in recent years, and what Apple is willing to do is very limited. You just have to find interviews with spokesmen of the company in recent years in the media. The result will be very low.

A communication strategy that milimetrada spending on advertising that makes amazing Apple products are always where they should be is added. According to estimates by Kantar Media, between 2009 and 2013, Apple would have spent more than 1,000 million dollars in ads iPhone and more than $ 681 million in ads for the iPad. That also considering that the products get, so to speak, organically advertising and have come to star in episodes of series of global success without it being part of the investment in Apple advertising. Simply, if the writers wanted to talk about the contemporary world, they had to do it all about Cupertino.