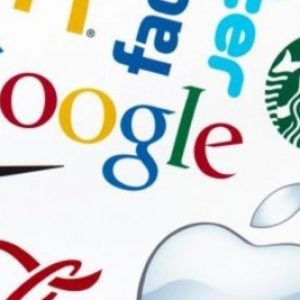 As if it were an infinite universe, the Internet continues to grow and expand without limitations every day while constantly increasing its number of users globally. This makes it more than evident that the future of the Internet is promising, especially for those who use it to develop their business models.

During the evolution of the internet environment, great changes and innovations have been experienced, and it has undoubtedly been the great ideas and projects that have proliferated until conquering this medium proclaiming his reign.

Titans and Colossal technology businesses that have expanded their domains to all corners of the world dominate a multi-million dollar business where advertising is positioned as one of the fundamental pillars.

Companies such as Google, impacted the world with its potential and rapid growth to become the reference for excellence of internet searches. Something that has obviously served to occupy a dominant position in the market of ads and online advertising that has reportedly great benefits to the company.

For years, this has been the permanent constant but as we mentioned, the evolution of the internet and its trends have given way to new concepts and ideas that have appeared on the scene to stay.

The new internet of social networks awoke as a new boom of interconnected masses that have become protagonists in the first person. The arrival of Social Networks like Facebook, which currently exceeds 300 million users, has changed the rules of the game, and with it, also the perspectives that the online advertising market had established just a few years ago.

The cake of online advertising is now presented to multiple guests willing to digest most of it without symptoms of implantation thus generating a real fight of titans.

Although Google and Facebook have a different nature and well-defined and distant concepts, the struggle for dominance of the online advertising market so far dominated by Google, is intensifying.

According to the data recently published by the company Google Inc, the net profit of Google in the first nine months of the year was 1,640 million dollars (1,100 million euros) which represented an increase of 27 percent over the same period of the year previous.

However, this does not seem to be enough in the face of the spectacular growth experienced by FaceBook’s social network and the new trends of advertisers, to the point that some forecasts indicate that Facebook could unseat Google without much delay from its first dominant position as company with the largest share of the online advertising market.

In the background of this matter, other aspects could be analyzed to mark or establish the differences between both advertising models since, although Facebook has grown rapidly and has a critical mass of users to show highly segmented advertising, it may still lack the effectiveness and the return generated through the announcements of the results of google and all its network of affiliates that through programs like Adsense multiply their benefits and results.