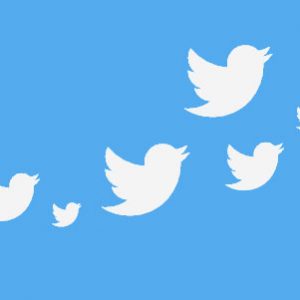 Since the emergence and massification of social networks, much has been debated about the followers and the importance of relations established in this type of media are generated in a reciprocal way. Facebook and Twitter, are undoubtedly the two main platforms of the growing ecosystem that make up social networks. However, the way of interacting, of sharing and their philosophy are completely disparate despite their great similarities.

When we refer to or use terms such as fans, followers or followers, we refer obviously to that mass of users and participants that follow a certain profile, either personal or that of a company or brand through this type of media. However, each of them corresponds to the alter ego of a real person, at least in most cases. This implies that as in life itself, all the interactions that are generated can have repercussions in some emotional aspect.

One of the debates that continues to be established among all types of professionals and experts, is whether companies, brands and even people with thousands of fans should follow and reciprocate their own followers in that reciprocal way. You follow me, I follow you !. Much has been debated about the relationship between the number of followers who can follow us, and the number of followers we can follow. Even proportional scales have been established in this respect.

Perhaps all this can be arguable and discussed in terms of multiple and certain aspects and criteria. It would be difficult for example, that a brand with 10 million followers, follow an absolute follow up as a fan of each and every one of its own followers. This is the practice, but the theory proposes an interesting question to us. Why can not a brand position itself as a fan of its own followers? Are not the customers themselves the best assets for the companies?

The solution is found in the way in which social networks allow brands and companies to interact with their fans so that reciprocal linking is not necessary. However, social networks like Twitter can demonstrate us due to its mechanics and functioning, that it is perfectly possible to establish a behavior in which, we are also fans of our followers. But of all?

The task of becoming true fans of all our followers can be somewhat complex and sometimes even impractical. However, this does not imply that we should stop doing so with those who are truly demonstrating their unconditional loyalty. And above all, why knowing how to really identify our true fans can help us to establish other strategies that can help us boost and improve our presence and visibility within the platform and the internet. And as in every relationship, passion, mutual love and fidelity are aspects that can only be demonstrated during the time and through the facts that demonstrate this.

During all this time, we have grown and maintained a philosophy in this sense. We recently surpassed the barrier of 176,000 Twitter followers. Something that for many may seem even surprising, but not at all compared to those who carry millions of followers. However, we have also become fans of more than 30,000 users who have shown an interest in our daily work. And they are not all who are and are not all who are, but those who share our daily content, who support us, who defend us and who help us with their participation to keep growing. And we have checked !. When we make all of this a truly reciprocal relationship in which we receive and also give,

And here we discover the most emotional aspect that manifests itself when a reference source demonstrates with a similar action, its gratitude to the effort to its own fans, either following those who are really active and participatory in the community, or returning the protagonism And visibility through a resource as simple as retweet (RT). Like when a famous print his signature on the shirt of one of his fans. Emotion arises and the fan becomes more fan.

To do otherwise would be to adopt a selfish and only interested stance. Having 50,000 fans and not being a fan brand of their great followers and more “faithful apostles” only serves to miss a great opportunity.