Home / Social Media / Do companies take advantage of the power of recommendations in social media? 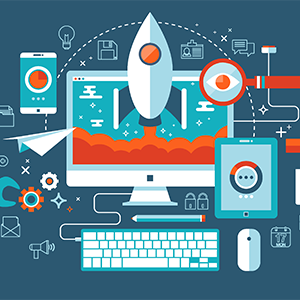 Few companies are really knowing how to harness the strength of social media recommendations according to a study by Social @ Ogilvy strategists, titled “How to Build a Beloved Brand”

Recommendations can amount to up to 80% of the reach of a marketing campaign, however most brand names and products in social media are anything but favorable or do not include content that supports a product or service. Instead, most of the mentions about products or services are neutral or negative. Only 15% of the mentions analyzed by the study were favorable.

According to Global @ Ogilvy of Data + Analytics, Irfan Kamal, the reason for the low number of favorable mentions is that companies are not doing enough to encourage satisfied consumers to share their views, opinions and experiences In social media.

“Brands do not offer the technology, the incentives or the content that at the same time inspire and allow consumers to speak positively of them,” says Kamal. “To reduce that gap, brands should help facilitate advocacy, reward passion, and amplify the reach of those mentions.”

To reach these conclusions, more than 7 million mentions have been analyzed in the social networks of 23 brands and two feature films in four countries: the United States, the United Kingdom, China and Brazil. China has achieved the highest levels of brand support with 30% of the mentions, followed by the US. (13%), the United Kingdom (12%) and Brazil (6%).

A report presented by Sociable Labs highlighted how “Social Sharing”, that is, sharing information about products and shopping on social networks, is helping companies to introduce new products to consumers.

A recent study by research firm Nielsen showed that consumers do not trust advertising, or at least not as much as they trust the recommendations that other users or their friends make online. According to the study, consumer confidence in traditional forms of advertising has fallen by 24% in three years. However, confidence in the opinions of friends and family has increased almost 20% since 2007, reaching a credibility rate of 92%.

It is important in this regard that companies take into account that the influence of comments from other consumers and customers can prove to be a determining factor when choosing what to buy. A recent survey by Ipsos OTX in conjunction with IPsos Global @dvisor revealed that these recommendations influenced 78% of Internet users. However, as the number of positive reviews increases, so does its credibility.