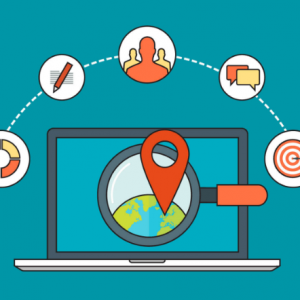 A few months ago we spoke of Coca Cola that seemed to sprout numbers on social networks, and that did not seem to be able to identify the direct impact that their active social presence could have on sales. Now consultant McKinsey & Co has been able to find that impact, albeit on the downside.

The consultancy has seen how the negative noise has affected 8% of the hiring in a telecommunications company, whose name has not been disclosed, nullifying all promotional spending on television. This was stated by Jonathan Gordon, principal of McKinsey, in a presentation he made during the Audience Measurement 8.0 conference of the Advertising Research Foundation that took place earlier this month in June in New York.

Gordon’s comments come just three months after a Coca-Cola executive at another ARF conference acknowledged that the soft drink giant could not statistically measure significant sales impacts, both positive and negative from online campaigns , After having carried out an extensive cross-media study.

Coca-Cola executive Eric Schmidt, senior marketing strategy manager, acknowledged problems trying to guess the feeling in an online chat. And maybe that’s where the difference lies. McKinsey’s Gordon, with previous experiences as Brand manager at Procter & Gamble, said that at first the consultant had been unable to find any connection between social media noise and sales, even when analyzing changes in global data or even applying an algorithm to Assign a feeling to the noise.

But McKinsey has indeed found a relationship between negative noise and a reduction in sales when it has been assigned “manually tabulated” sentiment to comments in social media, he acknowledged. Complaints about hiring processes and contact center agents at the telecom provider fueled negative sentiment, Gordon said. The experience said that it convinced him “when we enter the information and analyze it properly, facilitating the content we were looking for.”

None of the participants in the conference were able to present cases where there was a direct impact on hand sales of social noise, although others could be seen where digital advertising, also included in social media, offered positive returns.

In a panel of executives from General Electric, Colgate Palmolive, ADP and the social media agency 360i, presented on June 10, all of them offered cases on social media, but none of them could prove positive results in measurable sales.