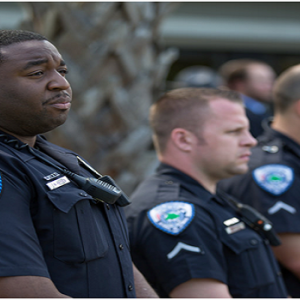 Whether law enforcement officers in the US should wear body cameras has been hotly debated since a Missouri police officer fatally shot an unarmed 18-year-old black man in August 2014. This was not the first incident in which an unarmed black person was shot by police, nor was it the last; however, it was the catalyst for the Black Lives Matter movement gaining international prominence.

Donald Trump backed President Obama’s initiative to increase funds for federal governments to enable police departments to purchase body worn cameras. The president-elect says footage from the cameras can be helpful when police officers are falsely accused of crimes while carrying out their duties.

Killings by police officers not recorded by a body camera, such as those developed by http://www.pinnacleresponse.com/body-cameras-and-the-law/, undermine public confidence in the judicial system. The ACLU wants it to be mandatory that all officers turn on their cameras when dealing with any incident involving civilians. If there is no such evidence, it wants the courts to ask why.

More recently, Trump said it is up to individual forces to determine whether cameras will be deployed amongst officers on duty; however, as the use of body cameras becomes more widespread across the country, the ACLU says there must be strict guidelines about their use and what happens to the stored footage. Guidelines already exist in the UK, but there is a lack of uniformity across the US.

When Trump takes office, he will look again at the issue of funding for body cameras. He has already said that he might redirect some of these funds to be used to tackle the scourge of drugs. He has an ally in Senator Jeff Sessions, who he has chosen as his attorney general and wants to take a more aggressive approach in the war on drugs.

The president-elect has also indicated that he might withhold funds from what he terms sanctuary cities – those that do not do enough to tackle the problem of illegal immigrants. His stance has caused concern among civil libertarians, who believe there will be an even greater need for body cameras during his presidency.