Home / Reviews / The Short but Fast History of the Pony Express

Mail delivery is a slick process these days but back in the days of the Wild West of America, things were a bit more ‘wild’. It wasn’t until 1860 that the first express mail delivery system was created, called the Pony Express. Men on horses would ride in relay between Missouri and California, a journey of 2,000 miles! It only lasted a little over a year but became the stuff of legends and transformed mail delivery.

Before the Pony Express, mail could take as long as 25 days or even longer by boat. This new speedy service took just 10 days. Almost 200 relief stations were created on the 2000-mile journey so men could ride at high speeds and change horses every 15 miles or so. After approximately 100 miles, the cargo would be passed onto another rider who would continue from there. This effective relay system enabled the mail to be delivered with previously unseen speeds. Thankfully, couriers are even quicker these days. For Couriers in Slough, visit http://www.uk-tdl.com/ 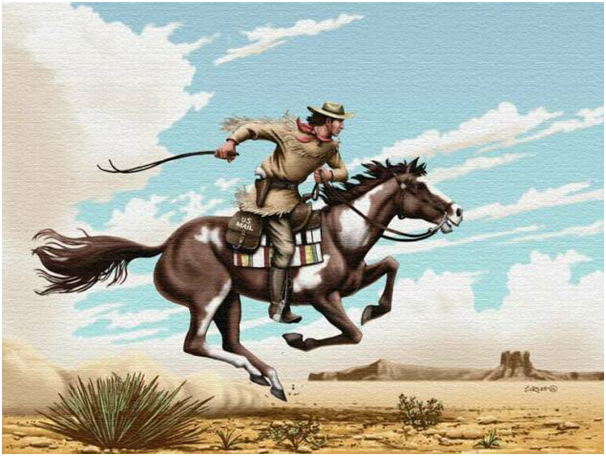 The Pony Express was unable to ever turn a profit in the short time it operated. A war with the Paiute Indians, high operating costs and no government mail contract meant it lost huge amounts of cash, as much as $200,000 by the time of its collapse.

It wasn’t easy work either. To keep loads as light and speedy as possible, the riders were selected for their small stature and low weight. The average age of an express rider was only about 20 years old but often, they were as young as 13! They received a good wage for the time period, about $100-150 per month and were required to swear an oath of allegiance. The rules included that they not swear, not drink liquor, not fight and act with integrity and respect for the business. Breaking the rules could result in termination without pay but it seems that rules are made to be broken as liquor flowed freely at most relief stations!

The riders of the Pony Express had to contend with extreme weather, tough terrain and the threat of being ambushed by bandits and Indians, but conditions may have been even worse for the stock keepers who guarded the relief stations. These outposts were usually extremely basic with dirt floors and not much more than a place to sleep and corrals for the horses. The majority were located in remote and wild areas of the frontier, making them particularly vulnerable to ambush and attack. 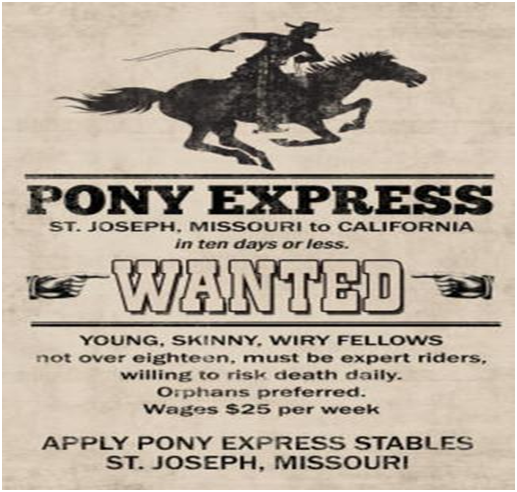 Most people at that time could not afford the services of the Pony Express. The cost was $5 for every half-ounce of mail. The cost was eventually reduced to $1 but this was still out of the reach of most normal folk. The service was used to deliver government reports, newspaper articles and documents relating to business but most were printed on tissue paper to reduce the weight and cost.

The death blow for the express finally came in 1861 when Western Union finished the first transcontinental telegraph system in Salt Lake City. It’s story may have been short but during this brief spell, the Pony Express delivered about 35,000 pieces of mail and allegedly only lost one bag of mail!