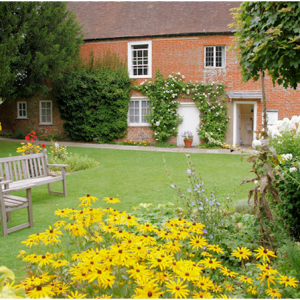 One of the most major shifts in technological trends and societal attitudes that has been seen in the past ten years is the acceptance and promotion of the green movement. For years, first world countries were unaware or disinterested in the amount of pollution and waste they were creating as well as the damage that was being done to the planet and the atmosphere. Now, ecological and biological science has helped people to understand just how important environmental consciousness is, and the Environmental Protection Agency has begun to regulate the way things are done by companies and individuals in America. These actions are being taken to preserve the planet for future generations and to attempt to undo some of the ecological damage that has already been done.

For homeowners, embracing the green movement at home can mean a lot of lifestyle changes. In many places, recycling is now a law instead of an option. Many homeowners are learning the importance of minimizing waste, using biodegradable products and choosing energy efficient appliances and machinery. In addition, some homeowners are starting to source their energy from solar or wind power instead of relying on major electric companies. The use of renewable resources for power is one of the main foundations of the green movement.

When looking to invest in real estate in the current economic climate, the fact that the green movement is in full force must be considered. It is a wise idea to invest in a home that, at the bare minimum, meets all the standards of an ecologically friendly property. Investments in energy efficient appliances and alternative power sources are also wise choices. There is a good chance that within the next 20 years, environmental laws will continue to change. This will require people who have properties that are ecologically unfriendly to pay for expensive renovations and upgrades. By investing in a property that is geared toward ecological friendliness, an investor will save themselves a great deal of money on switching electrical systems or converting to low flow plumbing in the future.

Home conversions and renovations can be very expensive, and although purchasing an environmentally friendly property as well as electricity and appliances may be more pricey than an investment in an older property, the benefits of making that purchase go beyond increasing ecological consciousness and reducing the buyer’s carbon footprint. Using alternative energy sources can be far cheaper in the long run than relying on standard power. This can mean a significant cut in the amount of electricity being paid for, or potentially the complete negation of a bill. Appliances that are Energy Star compliant use less power, also reducing the consumption of electricity and, as such, reduce the amount of electricity which needs to be generated. The use of low flow plumbing reduces the amount of water used, lowering the water bill that some homeowners must pay.

In the future, it is likely that all homes will be geared toward ecologically friendly living. At this point, it is far more wise to invest in a home with green friendly features, as there will come a time when it is more expensive and more difficult to maintain the upkeep of a home that has ecological downfalls such as old appliances and high flow plumbing. An investment in an environmentally friendly home today can take a burden off both the planet and the wallet in years to come.