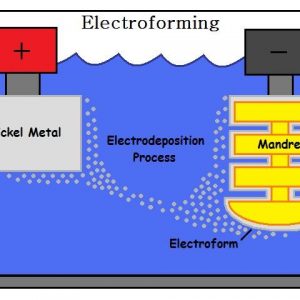 As technology advances, it becomes dependent on increasingly precise and intricate components. Surface qualities often need to be precisely controlled, but there are ever-growing pressures to reduce their costs – both financial and environmental. 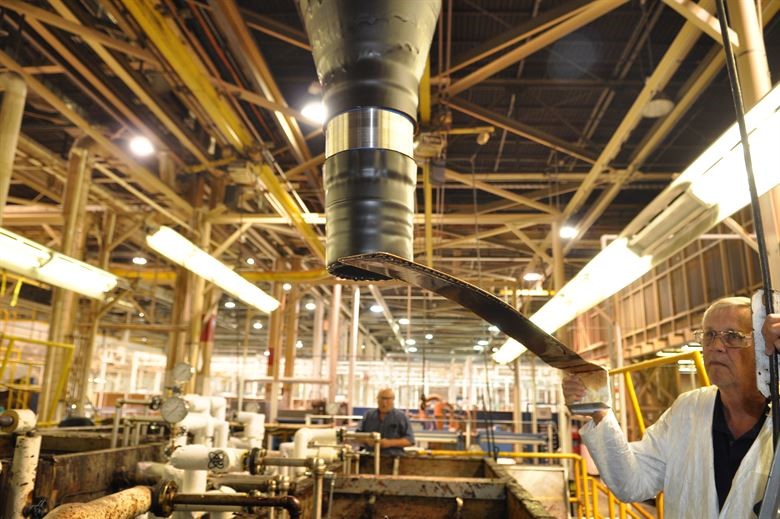 Electroplating and electroforming are vital technologies in achieving these ends, but some people remain unclear on how they work, what they can do, and the difference between the two.

Most of us learned electro-deposition at school. If you connect two metal electrodes to a battery and dip both into a salt solution, the salt splits into ions that are attracted to opposite electrodes. For example, in a silver chloride solution, the chlorine travels to the anode while the silver deposits on the cathode. In industry, this principle is used to plate objects with a thin layer of metal with a desirable characteristic.

For example, a thin coating of gold or silver on jewellery provides the appearance and hypoallergenic properties of the solid metals at a much lower price. In industry, cadmium, nickel, chrome, zinc, copper, and palladium augment many products by electroplating. Even alloys with unique properties can be electroplated. 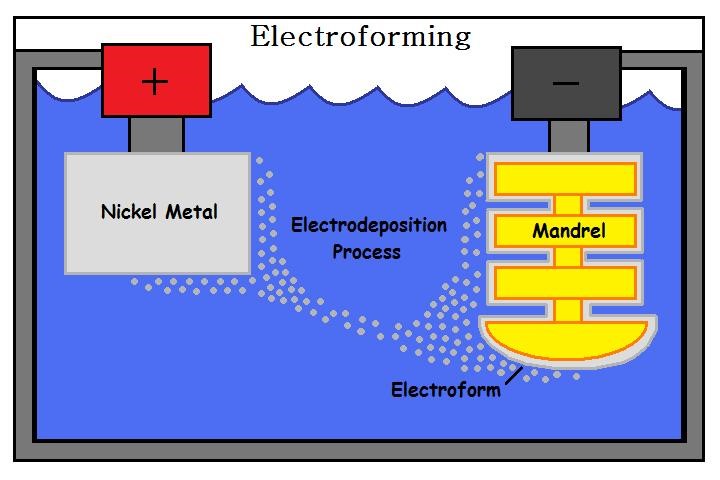 Strong bonding between the plating and substrate is the key to a durable product. Fortunately, many metals make powerful bonds without needing difficult surface treatments.

Electroforming is also based on electro-deposition, but instead of attaching the cathode to the product, it attaches to a mould or “mandrel”. The layer of metal is the intended product, and therefore must later be detached from the mandrel.

The mandrel pattern can be created photographically with extreme precision and intricacy. Electroforming can reproduce a mandrel pattern with tolerances measured in microns, and it is often described as a way to build components almost atom by atom. It has none of the shrinkage that occurs in casting or the distortions of 3D printing.

Surface treatments are very important in electroforming, both to ensure the product’s precision and its subsequent separation from the mandrel. “Passivation” of the surface is often required to make it less reactive. Applying these surface treatments is a specialist skill.

In some cases, mandrels can be constructed of a material other than metal – such as glass, silicon or plastic – making it even easier to remove them later. To do this, a conductive coating is applied over them first, either by chemical immersion or by electroplating.