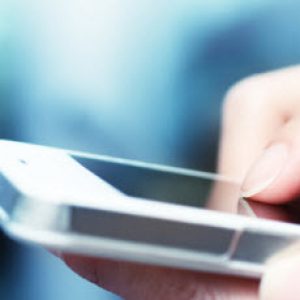 Mobile is consolidated as our main source of information, especially at the local level. Local searches through mobile devices have quadrupled in just one year.

The report published by the Local Search Association indicates that the demands of information that are registered outside the pc continue their rapid upward trend. This implies a great advantage for local companies, which have a clear orientation of where to direct their strategy.

The study, which focuses on comScore data on mobile users in the United States, indicates that web traffic recorded by directories and other sources of local information from mobile devices has increased dramatically: from 6% received in December 2011 to 27% in 2012. In contrast, the percentage of mobile users that demand local information through their devices is apparently similar; In 2012 was 48%, only 6% more than the previous year.

The report also indicates that consumers prefer mobile apps to offer local content, whether to query directories or classified ads pages, as well as location information. The data show that 77 million mobile users are betting on this functionality, 22% more than in 2011. On the other hand, another 69 million are opting for online consultation, a figure that has increased 12% since last year.

For its part, Google also highlights the importance of mobile for offline customers. According to their “Mobile in-store Research” study, 84% of consumers who own a smartphone use it to improve their shopping experience; Even in the case of 82% helps them to decide. To the point that 1 in 3 prefer to inform themselves through their mobile, before asking the seller; 40% of them indicate that it saves them time.

Undoubtedly, the integration of mobile devices implies a new behavior by consumers, a new way of demanding information. In 2012 it has been possible to see for the first time a decrease in the number of users who access the internet in the first instance through their pc; On the other hand, the traffic from the handheld devices has doubled widely in one year; Going from 7% to 15%. In addition, users have more than one mobile device; 1 in 3 (37.3%) smartphone owners also have a tablet (28.8%), an eReader (10%) or other device, such as a portable game console (4.1%); Which implies other ways of access to the internet alternatives to the traditional pc.

These figures show the clear need for companies to develop a mobile marketing strategy, in addition to having a site optimized for these smart screens.