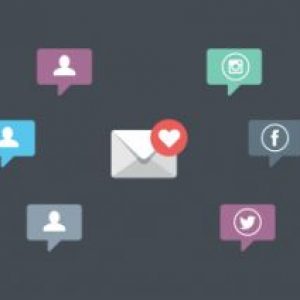 SocialTwist has just distributed the results of a study carried out during 18 months, in which 119 campaigns of social marketing have been analyzed and in which more than 3.2 million consumers have participated. Designed to see how consumers interacted with their referral programs and progressively became brand advocates, the SocialTwist study has uncovered some results that have important potential implications. Perhaps most interesting of all is that consumers who become promoters or brand ambassadors (recommending products or services to their friends), a majority of 55.4% chose e-mail as their preferred channel for sharing information , Followed by Facebook (41.8%) and leaving Twitter almost oblivious (2.6%).

The analysis has included campaigns by leading brands such as Western Union, Sara Lee and Kimberly Clark. The study shows that the brands managed to reach 3.2 million consumers through campaigns that included promotions and incentives, and that 19% of social followers became brand ambassadors when they were encouraged through Recommendations marketing programs.

The amplifying effect of these programs was impressive: 19% of those who became followers (approximately 600,000 people) recommended products and services to more than 9 million of their social connections, multiplying the reach by 15 times. With 3% of these new connections becoming new customers, the end result was that the brands achieved an additional 10% of new customers added to the initial 3.2 million.

But perhaps most surprising is that social followers who made recommendations, used email as their main channel for sharing. While 85% of that reach was achieved via Facebook (versus 12% via email), most new clients were achieved via e-mail (50.8%) rather than Facebook (22%), Twitter (26.8%), or Pinterest and Linkedln combined (0.4%).

As the authors of the study commented, “companies should banish false ideas, such as e-mail has nothing to do with social marketing. Anything that connects consumers is social.” And in the case of email, it also seems to give the desired results.